Always up-to-date with modernizations from Fastems

With the Lifetime Care concept, Fastems offers its customers comprehensive services extending over the entire lifespan of existing and yet to be installed systems. An essential feature of this offer are modernizations, with which Fastems products can be updated to the latest technological standards. In 2011, the company Franz Haas Waffelmaschinen GmbH took the opportunity in the course of modernizing its machinery to install extensive modernizations on its over 12-year-old multi-level system (MLS). 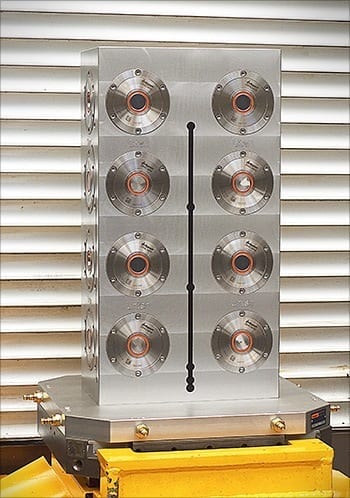 The globally operative Haas Group originated from the production of wafer machines, with the enterprise subdivided into a non-food and a food division. The food division, to which we also belong, is comprised of the business areas of mixing equipment, biscuit production lines, convenience food production lines and wafer lines ” explains Günter Muhr (Dipl.-Ing.), director of Franz Haas Waffelmaschinen GmbH (FHW), the main factory for wafer production lines with headquarters in the Austria’s Leobendorf near Vienna.

Half of all wafers produced originate from a Haas plant

According to an estimate of Muhr, more than 1,000 wafer plants are in operation worldwide: “This means that, on average, every other wafer produced comes from one of our plants.” With the exception of certain mixing lines in which ingredients for the most varied products are mixed according to customer order, FHW manufactures its own equipment lines – from an “entry level” version with a length of about 20 meters to highly automated solutions which can extend over 120 meters in overall length.

“Our production therefore consists of a traditional manufacture of individual components with throughput times of between six and eight months per system. The large wafer lines alone can be comprised of up to 10,000 different individual parts. Since our solutions generally run up to 30 years in the field, we also hold replacement parts available for this period. We process approximately 4,500 manufacturing orders per month, with the batch sizes for the MLS of Fastems being generally between 1 and 500,” states Muhr.

High utilization within a very short period of time

The MLS-LD (light duty) from Fastems with a load capacity of up to 700 kg per machining pallet was purchased in 1999 together with two Mitsui Seiki of type HU-50A, and initially provided space on three levels for a total of 30 pallets of size 500 x 500 mm. Included as integral components of the flexible manufacturing system (FMS) were two loading areas, a tilting loading station, as well as a closed loading station with two swinging doors. Andreas Dworak, department head of mechanical manufacturing of FHW: “We learned very quickly from experience that the two machining centers in combination with the MLS of Fastems were running close to full capacity, so we decided on an expansion within that same year that the FMS was installed.”

Expansion after less than a year

“We learned very quickly from experience that the two machining centers in combination with the MLS of Fastems were running close to full capacity, so we decided on an expansion within that same year that the FMS was installed.”

In 2000, not only was an additional machine tool from Mitsui Seiki added – likewise an HU-50A – but also 18 additional storage places and an extra closed loading station. “For more than ten years this configuration enabled us to achieve a highly automated production, especially due to the parallel retooling capability and unmanned shifts,” explains Dworak.

Almost seven years later, FHW implemented an expansion of the system. This involved the complete replacement of the main computer from Fastems to equip it with the then latest software version of the manufacturing management system MMS4. A tilting loading station was also added to replace the closed loading station that had been used previously.
Peripherals incorporating the latest technical standards

At a certain point however, this type of FMS reached its limits so that a modernization of the machinery become almost a necessity. In 2011, FHW therefore replaced the old machines with three horizontal machining centers of the type Heller H 4000. “When making such a major change to the production process, it is also essential to update the peripherals to the latest technical standards to enable the new machines to be utilized to their fullest capacity,” says Wolfgang Morawitz (Dipl.-Ing.), divisional manager of manufacturing at FHW. 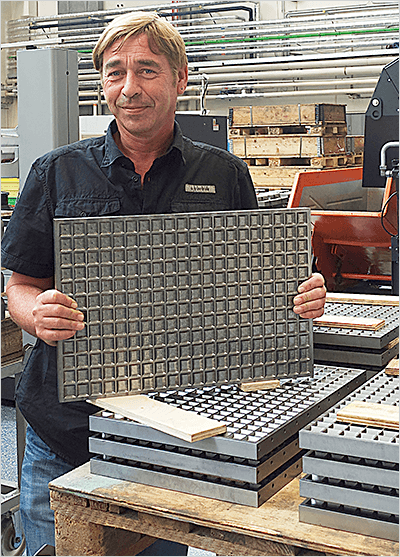 Fastems therefore expanded the MLS-LD by 12 additional machining pallet places to an overall length of about 23 meters. In connection with this, the system integrator also modified the logistics area of the FMS and replaced the loading stations to enable a more efficient setup and ensure that the operating personnel have a clear view of the entire system. “Fastems also provided a new connection of the machines and installed updated hardware as well as the latest software version of the Manufacturing Management System MMS4 on the main computer, through which items including the transfer parameters were adapted to our specifications,” explains Morawitz, who is very pleased with the speedy implementation of the modernization on the part of Fastems. Nevertheless, the divisional manager of manufacturing notes the following in the context of modernizing the FMS: “New machine models always mean new and thus substantial investments in machining pallets.”

Technically, FHW should have therefore also acquired a total of 60 new machining pallets with the purchase of the machining center from Heller. Technically. This is because FHW effectively used this as an opportunity to rethink the dependencies and tying up of capital and come up with an alternative. “And for us, this alternative ultimately meant a zero-point clamping system,” states Muhr, detailing the reasons of this decision: “We see the greatest advantage of such a system in the non-dependence on the machine manufacturer. With the zero-point clamping system, in addition to the other associated advantages, we have created a neutral interface between the MLS and the machines, one which allows us to respond very flexibly at any time regardless of the machine type. No one knows exactly what the future will bring. Perhaps we will at some point replace one of the currently three machine tools with a machining center of a different manufacturer. In such a case, we would then not be forced to reinvest in machining pallets and we are also not in any way bound to the manufacturer.”

No regrets in the decision

“The large pallet pool in the MLS enables us to run a third unmanned shift daily. And we can also produce without personnel on the weekend by using the FMS to manufacture more complex parts with spindle running times of up to 20 hours.”

A zero-point clamping system naturally brings with it substantial investment costs. “But it’s worth the expense, since we have after all saved about 70,000 Euros in the total project cost through the decision in favor of this type of system,” says Morawitz.

“Finally, we have not regretted this decision and would make it again from today’s perspective,” says Dworak, who is very pleased with the performance of the current FMS:

“The large pallet pool in the MLS enables us to run a third unmanned shift daily. And we can also produce without personnel on the weekend by using the FMS to manufacture more complex parts with spindle running times of up to 20 hours.”