“We centralized functions that used to be decentralized, and we renewed and improved our manufacturing processes. The module assembly facilities include an automated assembly line for cylinder head, an assembly line for large turbo modules, and several assembly stations for other modules”, says Jukka Saari, the General Manager, Production Development at the Vaasa Delivery Centre.

The manufactured modules are used in Wärtsilä 20, Wärtsilä 32, and Wärtsilä 34 engines. The biggest manufacturing unit by volume is the automated assembly line for cylinder heads, which was developed, manufactured, and delivered by Fastems.

“We have worked together with Fastems for more than a decade. The assembly line for cylinder heads required a very special solution, which, like the whole project, was a success.” 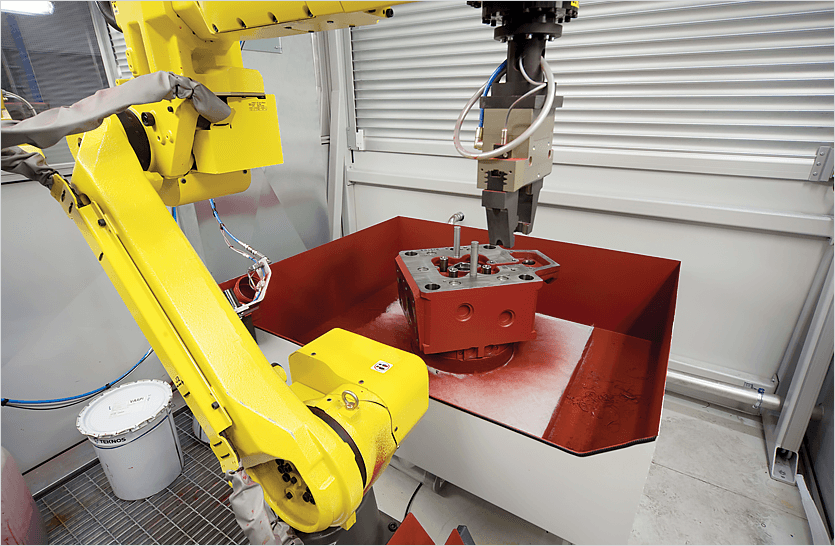 A large logistics robot handles the machined cylinder heads and transfers them to separate stations for assembly. More than half of the work phases are fully automated, but manual assembly is still needed for some of the customer-specific solutions. In addition to the logistics robot, there are four other Fanuc robots working on the cylinder head assembly line.

We have strived for the highest possible automation rate in cylinder head assembly work in order to reduce the strain caused by repetitive work, and, on the other hand, to minimize the number of human errors in the manufacturing process.

The former assembly area for large turbo modules has been upgraded to an assembly line with takt times. The component logistics have been optimized as well. Jukka Saari says that work ergonomic matters have been discussed with Wärtsilä’s assembly workers, and these aspects have been taken into account in the design of the new module assembly facilities.

Saari says that product lead times have improved a great deal thanks to the renewed module assembly. Production control of the assembly operations has been efficiently integrated so that the components are in the right place at the right time. In addition to engine production, the new manufacturing processes also benefit the service department and, to some extent, the manufacturing plants abroad.

The benefits from the new manufacturing systems include high and uniform quality, shorter delivery times, and cost efficiency.

Our development program is flexible and boosts material flow, and it has already raised significant international interest.

The Vaasa Delivery Centre has placed one of its manufacturing robots at the disposal of Technobothnia Research Centre.

We hope that both partners will get fresh ideas thanks to this cooperation, and that we will be able to add new educated and competent automation technology experts on Wärtsilä’s payroll in the future. 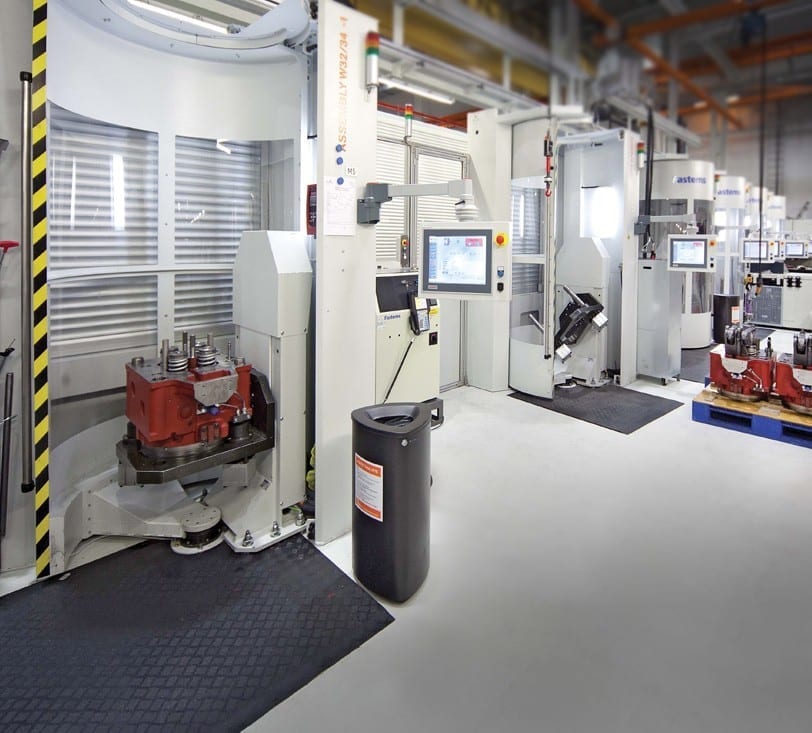